Fr. John Weikamp had a large impact on Cross Village, possibly more so than any other person. Born in Prussia on April 5th, 1818, he became a priest in 1849 and soon moved to the United States. During his time in Cross Village, the town underwent many changes and became more self-sufficient.

Father Weikamp arrived in Cross Village in 1855, after being suspended from his church in Chicago by Bishop O’Regan. Weikamp immediately went to work, building a large convent in his first year in town. Although the Bishop Baraga, who oversaw Cross Village, was warned about Weikamp by O’Regan, Baraga allowed him to stay in Cross Village because of his quick work building the convent.

The convent built by Fr. Weikamp was substantial, consisting of 108 bedrooms. The convent brought an influx of Catholic Brothers and Sisters, who were put to work by Weikamp. Large fields were cleared for farming and herding, and shops were built for woodwork and blacksmithing. A small saw mill was also established by Weikamp, which allowed for the building of a school and hospital.

Fr. Weikamp’s time in Cross Village, along with the lumber industry’s rapid rise, contributed to the towns growth in the latter half of the 19th century. Weikamp was not universally liked, and was known to rule with an iron fist. He also had several curious customs, such as visiting his future mausoleum each day to meditate for several hours.

Weikamp’s rule of Cross Village ended in 1889, after 35 years, when he died after being accidentally dragged by his horse. The convent he established would only last for 7 more years, until 1896, when it was abandoned because of the small number of residents. Ten years later, the massive convent burned to the ground after being hit by lightning. 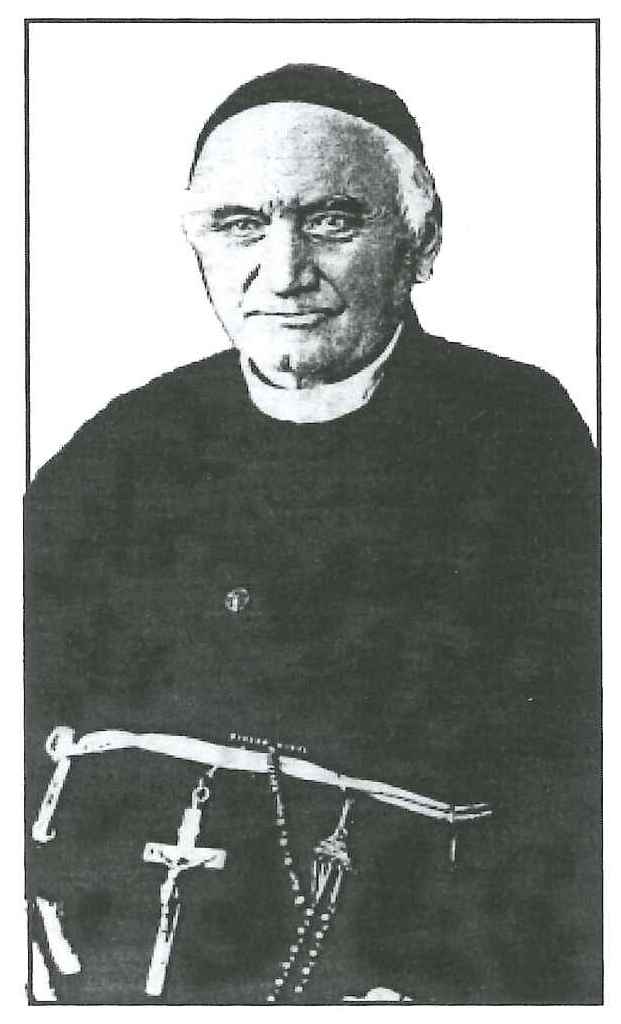